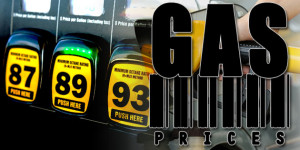 TAMPA, FL – The price of oil dropped for the third consecutive week, pushing retail prices to their lowest level in months. Sunday, the national average price for a gallon of regular unleaded gasoline fell for the 16th consecutive day. Since last week, the average price fell 4 cents to $3.62, the cheapest price since April.

“Oil prices hit a free-fall at the end of last week,” said Mark Jenkins, spokesman, AAA – The Auto Club Group. “As a result, motorists in the southeast could see prices at the pump fall 10 to 20 cents in the next two weeks.”Oil settled at its lowest price in two months on the NYMEX as U.S. stockpiles increased last week and supply risks eased in Iraq and Libya. The price for a barrel of oil settled at $100.83 Friday, a $3.23 decline from a week ago.