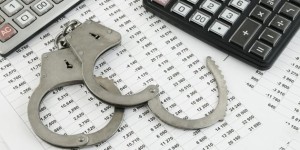 SAVANNAH, GA—A federal indictment, today unsealed in Savannah, has charged 54 defendants for their alleged roles in a massive fraud upon the WIC and Food Stamp programs. The indictment represents one of the largest federal food program frauds ever prosecuted, which fraud allegedly involved the purchase of more than $18 million in WIC vouchers and Food Stamp benefits for cash through a number of purported grocery stores set up throughout Georgia. In addition to the 54-defendant indictment, 34 other defendants have been charged separately for allegedly selling their WIC vouchers and Food Stamp benefits for cash. A list of all the defendants charged is at the conclusion of this release.

Georgia’s Women, Infant, and Children (WIC) program provides infant formula, juice, eggs, fresh fruits and vegetables, and other healthy foods to low-income pregnant and postpartum women and to infants and children up to age 5 who are nutritionally at risk. Participants in the WIC program receive three-month supplies of WIC vouchers, which they can exchange at authorized stores for the healthy foods listed on the vouchers. The Food Stamp Program, now known as the Supplemental Nutrition Assistance Program (SNAP), provides “food stamp” benefits to low-income families through Electronic Benefit Transfer (EBT) cards, which are similar to debit cards. It is a crime to exchange WIC or Food Stamp benefits for cash. Both the WIC and Food Stamp programs are administered through the United States Department of Agriculture (USDA) and paid for by federal tax dollars.

United States Attorney Edward J. Tarver said, “This prosecution is one of the largest federal food program frauds ever brought. The government alleges that the defendants stole taxpayer-funded benefits intended to feed the most needy families and children in our communities. Fraudsters beware: the U.S. Attorney’s Office is committed to working with our federal and state partners to investigate and prosecute complex financial fraud, especially when it attacks government programs funded by taxpayers of the United States.”

“This investigation and prosecution should send a strong zero-tolerance message to those individuals who create businesses for the purpose of specifically defrauding the taxpayer funded WIC and SNAP programs,” said Karen Citizen-Wilcox, Special Agent in Charge, USDA-OIG-Investigations. “It should also serve as a warning to all stores, that participate in the WIC and SNAP programs as vendors, that fraud and trafficking (purchasing those benefits for cash) will be vigorously investigated and prosecuted by the USDA-OIG, the U.S. Attorney’s Office, and all its federal, state, and local partners that have a stake in ensuring that fraud is eliminated from taxpayer funded programs. The USDA-OIG applauds the steadfastness and resolution of the U.S. Attorney’s Office to also prosecute the WIC and EBT benefit recipients who chose to sell their benefits rather than use them for their intended purpose of purchasing nutritious foods for themselves and their eligible children.”

“The enduring cooperation between the Georgia Department of Public Health (DPH), local law enforcement, and the U.S. Attorney’s Office should send a clear signal to those contemplating WIC fraud,” said Brenda Fitzgerald, M.D., DPH’s commissioner, who commended the prosecution. “We are committed to working together to detect and eliminate fraud and to preserve precious funds for those who need it most.”

J. Britt Johnson, Special Agent in Charge, FBI Atlanta Field Office, stated, “The protection of such important federally funded programs as the WIC and Food Stamp program from such wholesale fraud is paramount. The families and their children who truly need and rely on these programs count on that law enforcement protection and the taxpayers demand it. The FBI will continue to work with its many and varied law enforcement partners in combating such rampant cases of fraud against the U.S. government.”

“The WIC and Food Stamp programs are designed to provide necessary nutrition for the most vulnerable members of our society,” said Brock D. Nicholson, Special Agent in Charge of HSI Atlanta. “HSI is proud to have assisted the U.S. Department of Agriculture and others in protecting this program from alleged fraudulent activity in the state of Georgia.”

The indictments arise out of a joint investigation by special agents with the United States Department of Agriculture, Office of Inspector General; investigators with the Georgia Department of Health and Human Services and Georgia Department of Public Health, Office of Inspector General; and special agents with the FBI and HSI. Multiple members of these agencies, assisted by the U.S. Marshals’ Southeast Regional Fugitive Task Force and numerous other local law enforcement personnel, arrested a number of the defendants earlier today. Initial appearances are being held today and tomorrow in Savannah, Macon, and Atlanta.