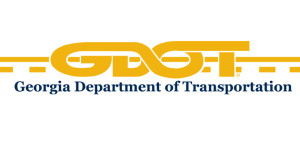 TIFTON, GA. – From the comfort of a vehicle it’s easy to overlook the bottles, cans, paper, bits of tires and other debris that litters Georgia’s roadsides.

The Georgia Department of Transportation aims to increase public awareness of the unsightly and expensive problem during Litter Pick Up Week, April 7-11. The statewide initiative is traditionally recognized during the first full week of April.

“We do litter pick up right before we start mowing. That way we don’t hit paper and tear it into a million pieces and scatter it all over the road,” Southwest Georgia District Maintenance Engineer Stacy Aultman said.

DOT maintenance crews mow from April through the end of June.

All other maintenance activities will stop, except for emergencies, as employees remove trash from the right-of-way of high-visibility, four-lane state routes in southwest Georgia. Employees of this area and inmate crews collected 8,851 bags of trash from 1,338 miles of roadway during last year’s Litter Pick Up Week. The total does not include larger items that had to be hauled to landfills. GDOT’s southwest district encompasses the counties of Atkinson, Baker, Ben Hill, Berrien, Brooks, Calhoun, Clay, Clinch, Coffee, Colquitt, Cook, Crisp, Decatur, Dougherty, Early, Echols, Grady, Irwin, Lanier, Lee, Lowndes, Miller, Mitchell, Quitman, Randolph, Seminole, Terrell, Thomas, Tift, Turner, Wilcox and Worth.

Motorists are asked to watch for signs alerting them of roadside activity and slow down as they approach areas where road crews are working.