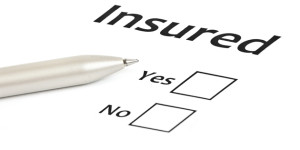 “This is a staggeringly high percentage,” said Bankrate.com insurance analyst Doug Whiteman. “The government has spent over half a billion dollars promoting the Affordable Care Act and more than two-thirds of uninsured Americans still don’t know about the subsidies. Plus, fewer than half (48%) know that the enrollment deadline is in two weeks.”

Seventeen percent of uninsured Americans who will continue to go without health insurance say the reason is that they oppose the Affordable Care Act; 13% say they do not need insurance because they are healthy.

Respondents between the ages of 30 and 49 are the most likely to remain uninsured (39% plan to continue going without health insurance). Almost half in that age group who won’t get insured (47%) cite cost as the biggest factor.

To read the full article and see all the findings visit bankrate.com.