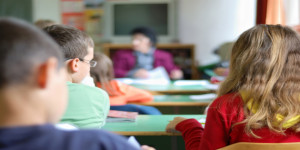 A new study released this week by the University of Georgia shows that throughout the state, college classrooms are being vastly under-utilized. The school with the highest utilization rate, Georgia Gwinnett College, has 77 percent of their classrooms filled and being used at any given time. That 77 percent is FIVE times higher than the lowest campus in the state.

Of the 440 classrooms in Athens, the average room is used just 18.5 hours per week (and only filled to around 67% capacity), for a utilization rate of just 31 percent.

The study has already saved taxpayers money, notes Phil Howard, the study’s coordinator. Before the university system merged Augusta State University with Georgia Health Sciences University, ASU was planning a classroom building that the study proved could be postponed.