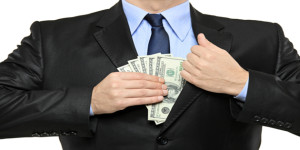 After a week of back-and-forth, it didn’t look like the sweeping ethics bill first proposed by State Speaker of the House David Ralston had a chance of passing on the final day of the General Assembly.

However, after some careful prodding from Gov. Nathan Deal, both chambers were able to agree on an ethics package yesterday.

HB 142 caps gifts from registered lobbyists to government officials at $75, which means lobbyists can continue to ply lawmakers with meals, cocktails and travel as long as the tab for any single expenditure does not exceed that amount. But the bill is carefully worded to cap expenditures for an “individual lobbyist,” opening the door for multiple lobbyists to spend hundreds of dollars on a single lawmaker.

Exceptions to the $75 cap include committee dinners, dinners for caucuses and lobbyist-funded travel, with some limitations.