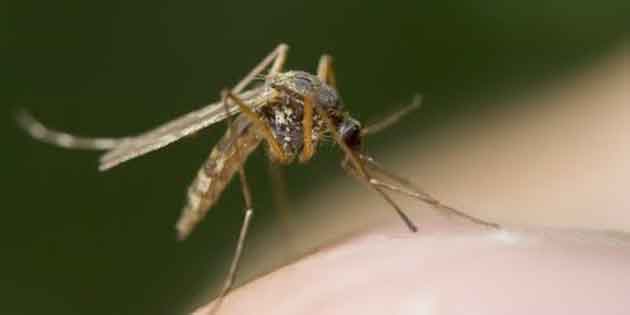 “Mosquito-borne illnesses are spread through the bite of an infected mosquito,” states William Grow, MD, FACP, district health director. “The more time someone is outdoors, the more time the person is at risk of being bitten by an infected mosquito; that is why we encourage everyone to take all precautions against mosquito bites.”

People are urged to take the following precautions:

“While most people infected with West Nile Virus show no symptoms of the illness and pass it on their own, even healthy people have become severely ill for weeks when infected,” says Dr. Grow. “EEE is extremely rare in humans; however, is extremely concerning because it involves inflammation of the brain.”

Symptoms of WNV include headache, fever, neck discomfort, muscle and joint aches, swollen lymph nodes and a rash that usually develop 2 to 14 days after being infected. The elderly, those with compromised immune systems, or those with other underlying conditions are at greater risk for complications from the disease. Severe cases of EEE begin with the sudden onset of headache, high fever, chills and vomiting.

According to Ashlyn Becton, the City of Valdosta uses every resource available to municipalities to protect its citizens from mosquito-borne diseases through a Public Works operated spraying and larvicide program, a joint surveillance program with Valdosta State University and Lowndes County, and through public education.

The city operates a spraying program on a four-day cycle throughout the City with spraying five days a week, if needed, at dusk. Spraying typically begins in early April. In addition to the City’s normal spraying program, when an infected mosquito, human or animal is found, the City activates its response plan, calling for immediate, intensive and continued spraying in the areas where the viruses have been positively identified.