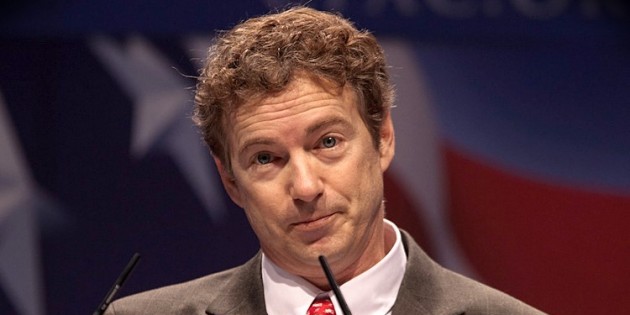 Kentucky freshman United States Senator Randal Howard “Rand” Paul recently announced that he was “putting [himself] forward as a candidate for president” of the United States.

Like Cruz, Rand Paul is smart and articulate. He was accepted to the Duke University School of Medicine without having to complete his undergraduate work at Baylor University. He interned in Washington throughout Congressman Paul’s career and worked on his father’s numerous election campaigns giving speeches and working the precincts.

And like Cruz, Paul is a favorite of the Tea Party Movement. He joined the FreedomWorks class action lawsuit filed against the federal government claiming that the NSA’s bulk collection of domestic phone records metadata violated the Fourth Amendment. Paul formed, along with congressmen Mile Lee and Jim DeMint, the Senate’s Tea Party Caucus after he was sworn into office in 2011. His legislative record of success for his causes, however, is negligible.

Also like Cruz, Paul has no executive experience and is in the first term of his first elective office. Some might say, “Been there, done that.”

Paul does have, however, private sector experience. He opened his ophthalmology practice in his adoptive state of Kentucky in 1993 and practiced until his election to the United States Senate. This gives Paul an insight into the private sector that other presidential contenders (and an incumbent president) lack: meeting a payroll, dealing with government rules and regulations and dealing with the everyday hassles American businesses deal with. And this could mean something in a GOP primary

This distinction, however, isn’t on Paul’s radar screen. His call for the legalization of marijuana, leeriness of foreign alignments and the safeguarding of civil liberties are Paul’s defining benchmarks. Though perhaps laudatory, these may not be the issues that work to the advantage of one, such as Rand Paul, wishing to be a “transformative” GOP candidate.

You see, in order to be that candidate, Paul will have to transform the Republican Party.

And doing that would be a tall order for Paul. He is running for the nomination of a party that, according to The Week’s Paul Webber, is defined by “its religious conservatism, enthusiasm for foreign entanglements, and opposition to Obama.” To fuel his campaign, Paul has to show he can raise the funds to capture that nomination. 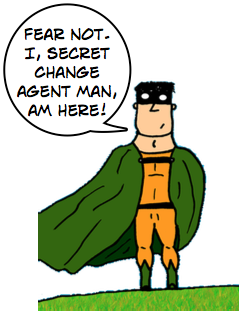 Paul, in his own words, believes he can do this because he will be a “different kind of Republican.” He transforms the party, the thinking goes, by bringing in those who might not otherwise show enthusiasm for the GOP by advancing a more libertarian strain of conservatism.

Paul’s success hinges on his ability to cobble together the Ron Paul Republicans, a respectable share of the libertarian leaning vote, and his fair share of Tea Party activists while at the same time demonstrating to independents and the GOP conservative rank and file that he is sensible, formidable and electable.

The snag, however, is that in moving toward the latter, which he must do, he has to jettison chunks of his libertarian rhetoric (isolationism) and tone down fringier elements of his Tea Party positions (shutting down the government).

A recent poll of GOP primary voters (and polls are for firemen and gondoliers at this point in the elective process) taken at the end of March shows his difficult path. The survey put Paul at 9% or in sixth place behind Scott Walker (15%), Jeb Bush (12%), Ben Carson (11%), Ted Cruz (10%) and Mike Huckabee (10%).

The remaining undecideds and scattered allegiances are not likely to give Paul what he needs to capture a nomination with his “transformative”, “different kind of Republican” approach.

And if Paul tacks to where the bulk of these voters now identify themselves and captures the required policy and ideological ground—voila!—he’s become a conventional candidate and alienates his base.

Ramesh Ponnuru recently wrote that “Republicans don’t believe that they need to move in [Paul’s] direction on [his foreign policy] issues to win elections. Most of them think a relatively muscular stance on foreign policy is an asset, not a liability. On some of Paul’s other issues — drugs, surveillance, criminal-justice reform — moving in his direction might help the party, but only a little. In other words, Republicans don’t think their positions on these issues are in need of much change.”

Rand Paul seeks to transform a party that believes it holds the high ground on the issues that will win them the White House in 2016. Unless he can disprove that notion and show how his “different kind of Republican” articulation will broaden the GOP’s appeal on conservatism, nationalism and free enterprise thus insuring a victory, Paul may come up a few delegates short in Cleveland in July 2016 as the GOP “change agent” nominee.