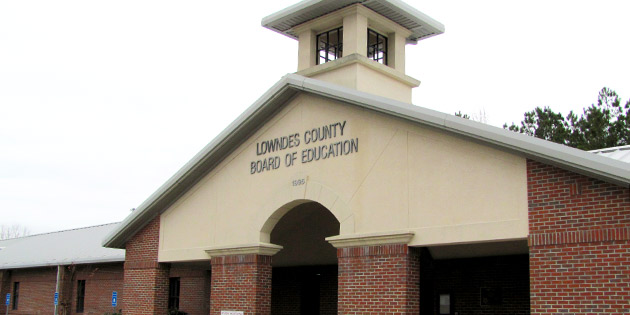 VALDOSTA — The new Lowndes County School Board has been sworn in, including new member Eric Johnson.

Monday’s meeting of the Lowndes County Board of Education saw Johnson sworn in as a new board member. Johnson won election to the board in the general election for the District 2 seat replacing Fred Wetherington who served in the position for 10 years and chose not to run for re-election in 2014.

Johnson grew up in Valdosta and graduated from Lowndes Hgh School. He received a bachelor’s degree in Business Administration from The Citadel and an MBA in Real Estate and Finance from the University of Georgia’s Terry College of Business. He began his career in Atlanta and joined Guardian Bank in Valdosta in 2009 and is currently a Managing Partner of North Avenue Investestments. Johnson is a member of the Georgia Academy of Economic Development’s class of 2014. He sits on the local Valdosta-Lowndes County Board of the United Way, is a member of the Valdosta North Rotary Club and is a 2011 graduate of Leadership Lowndes.

Also sworn in during the meeting were Brian Browning and Mike Davis who were both re-elected in 2014. In other action, Browning was elected as the school board chairman for 2015 and Davis was elected to serve as the vice chairman.