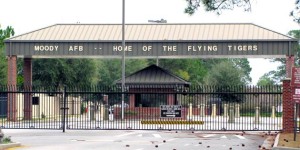 WASHINGTON – U.S. Senators Johnny Isakson and Saxby Chambliss announced yesterday the selection of Moody Air Force Base (AFB) in Valdosta as the Air Force’s preferred location for a new training mission aimed at helping our Afghan partners as they prepare to assume full security responsibilities for their country.

Moody AFB is one of three air bases under consideration for the A-29 Afghan Light Air Support (LAS) training mission. Through congressional support, the Air Force recognized that Moody AFB has the infrastructure, range access, temperate weather and strong community support needed to be successful in this mission. The Air Force will conduct an environmental assessment to validate Moody’s selection later this summer.

“As the United States and its allies debate the future of our presence in Afghanistan, it is critical that the Afghans are properly trained and equipped to handle the threats posed by terrorists intent on disrupting progress in their country,” said Sen. Isakson. “This training mission will be crucial to these stabilization efforts and Moody Air Force Base is the best choice to host it.”

“After 12 years the United States is transferring security responsibilities to the Afghan National Security Forces,” said Chambliss, vice chairman of the Senate Select Committee on Intelligence and senior member of the Senate Armed Services Committee. “I can think of few better missions for Moody Air Force base than to assist these men and women as they prepare to defend their new democracy through the A-29 LAS program. These are the best and brightest Afghans who, under the supervision and guidance of our Air Force instructor pilots at Moody, will be able to take their skills back to Afghanistan and build upon the foundation the United States has laid. We cannot abandon Afghanistan at a critical point in its history, and this plan ensures our airmen can conduct this important training mission from the safety of one of our premier U.S. bases. I’m proud Georgia is doing its part in this mission.”

U.S. Congressman Austin Scott also announced his support for the Air Force’s selection of Moody AFB as the preferred location for the A-29 Light Air Support Training Mission.

“Moody Air Force Base has a long standing history of excellence, and I am proud that Moody has been chosen for the A-29 LAS program,” said Congressman Scott. “Successfully completing this mission will allow our soldiers and airmen to come home from Afghanistan as soon as possible. The Air Force’s selection of Moody solidifies its value and contribution to our nation’s defense. The applaud the efforts and support that the South Georgia community and the South Georgia Military Affairs Council has given on behalf of Moody Air Force Base for this mission.”

Earlier this year, the Air Force announced its consideration of Moody Air Force Base for the A-29 LAS Aircraft mission expected to begin in October 2014. The mission will train ninety Afghanistan Air Force pilots and thirty maintenance personnel on the A-29 LAS Aircraft in order to better equip the Afghan Air Force for the transition of American soldiers out of Afghanistan. Pending an environmental impact study, the Air Force will confirm Moody’s selection later this summer.