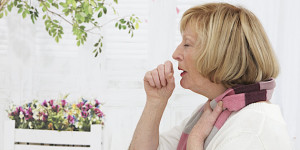 “Pertussis, or whooping cough, is an infection caused by bacteria,” Grant said. “It spreads easily through the air when an infected person breathes, coughs or sneezes.”

Pertussis can cause serious – even life-threatening – complications in babies and young children who are not fully vaccinated, Grant warned.

“More than half of infants younger than 12 months old who get pertussis require hospitalization,” she said. “Since 2013, there have been seven cases of infants with pertussis in our district. Four of those were hospitalized, and three – all under 2 months old – required intensive care outside of the area.”

She said the district epidemiologist and staff are working with area schools and child care facilities, which are especially prone to see clusters of whooping cough, to identify and manage cases of the disease and keep it from spreading.

“We are asking contacts of patients with confirmed cases to get in touch with their healthcare providers,” said Southwest Health District Epidemiologist Jacqueline Jenkins. “Early recognition of cases, effective treatment and prophylaxis and vaccinations are vital to limiting the spread of pertussis.”

Grant stressed that women should be vaccinated against pertussis with every pregnancy to protect their babies. “The best time to receive the vaccine, known at Tdap, is between 27 and 36 weeks,” she said. “If it isn’t administered during pregnancy, it should be provided immediately after she gives birth. It should also be given to all of the baby’s caregivers to provide a cocoon against pertussis infection.”

Pertussis can be hard to diagnose, partly because physicians are not necessarily expecting to see it, and partly because it mimics other illnesses, such as colds and allergies, Grant noted. Also, vaccinated children and adults can get pertussis.

Symptoms begin with a runny or stuffed up nose, mild coughing, sneezing and – in infants – a pause in breathing. After one to two weeks, coughing becomes severe. In some patients, the coughing fits result in the characteristic “whooping” sound, but not always. Babies with pertussis may not have coughing fits; instead they may gag, gasp, vomit, stop breathing or turn blue. Fever may also occur.