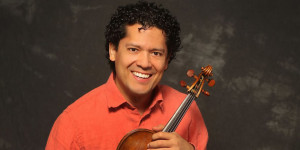 VALDOSTA, GA — Honduran-born violist Jorge A. Peña will perform in concert at 7:30 p.m. on Monday, Feb. 10, in Valdosta State University’s Whitehead Auditorium. The concert is free of charge and open to the public.

Peña is a member of the Jacksonville Symphony Orchestra and artistic director of the St. Augustine Music Festival, which he co-founded with his wife, Korean cellist Jin Kim-Peña, and composer/musician Bob Moore in 2007. He is a former member of the Kennedy Center Opera House Orchestra and graduated from Columbus State University and the Peabody Conservatory of Music with degrees in performance and chamber music.

A world-renowned soloist, Peña has appeared in various venues throughout North America, South America, Central America, and Europe. He is also a fan of chamber music and has performed with such highly sought out ensembles as the Diaz Trio, the Dover Quartet, and the Ritz Chamber Players. He and his wife founded and play with the Movado Quartet.

Springfield is an instructor of music and staff accompanist at VSU.

Hodges is a lecturer in viola at VSU, principal viola of the Valdosta Symphony Orchestra, violist of the Azalea String Quartet, and director of the South Georgia String Project.