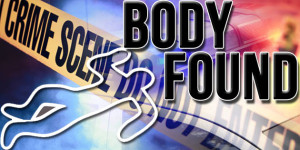 LANIER COUNTY, GA – A body found in Lanier County has been identified.

A body discovered in the area of Burnt Church Road southeast of Lakeland on Friday morning, February 7th, has been identified as, 42 year old, Keith Oliver Ervin, of Dean Lane, Remerton, Georgia. Ervin had been reported as a “Missing Person” in late January to the Remerton Police Department. Missing person flyers and billboards had been posted trying to learn of Ervin’s whereabouts, and the Remerton Police Department were conducting ongoing investigations into the matter.

When the body was discovered, the Lanier County Sheriff’s Office, assisted by the Georgia Bureau of Investigations, began an investigation into the incident and immediately discovered information at the scene which led them to believe that the body was likely that of Ervin, however, that information could not be released until positive proof by scientific means was obtained. The GBI Crime Lab in Moultrie, Georgia, received the body and quickly began coordinating with the Sheriff’s Office Investigators assigned to the case concerning determination of the identification of the victim. On Tuesday, February 11th, the Crime Lab notified the Lanier County Sheriff’s Office that fingerprint comparison had positively identified the body as that of Keith O. Ervin.

If you knew Mr. Ervin, or if you know of anyone locally that Mr. Ervin has been in contact with or that might have known him, the Lanier County Sheriff’s Office is eager to receive that information and interview those persons to try and determine what has occurred in this case. This case is being investigated as a Homicide due to the undetermined manner of death. Anyone who saw anything unusual or has anything helpful to add concerning the case is encouraged to provide the information.

Anyone who has any information that might assist in the investigation is asked to call the Lanier County Sheriff’s Office Criminal Investigation Division at 229-482-3545, Detective Sergeant John Olsen.