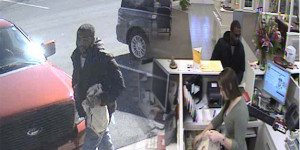 VALDOSTA, GA – The BB&T on North Ashley Street in Valdosta was robbed on Friday.

Valdosta Police Department responded to the BB&T Bank Located at 2901 North Ashley Street regarding a robbery hold-up alarm. When officers arrived bank employees informed police that an African American male entered the business and passed a note to one of the bank clerks demanding money. The clerk provided the offender with an undisclosed amount of money. The offender then fled the bank on foot running north from the bank.

No one was injured during the incident. Crime Scene investigators from the Valdosta/Lowndes Regional Crime Lab did respond and process the scene.

Anyone having any information regarding this crime is urged to contact the Valdosta Police Department at 229-293-3145 or 229-293-3091 to remain anonymous.