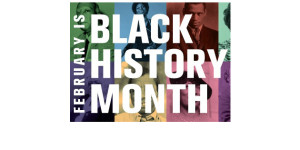 VALDOSTA, GA-  Did you know that the first nail salon in Valdosta was BLACK owned and operated?

Ten days ago I met Ms. Leona Bryant, a beautiful sixty-seven year old Florida native, who treated my nails and feet with so much care you would think they were her own. Living in a city where there are numerous options for nail care, the trial and error process of finding the perfect nail technician who make your feet and nails feel like new, had grown to be tiresome, until I met Ms. Bryant.

Leona Bryant moved to Georgia in 1989 after retiring from Bendix Corp., an electrical and aircraft company out of Ft. Lauderdale, FL.,  where she worked for twenty-one years. In a recent interview, she expressed that she had always wanted to live in Georgia. Once her children were grown, she retired from her job, sold her house and  moved to Valdosta. Ms. Bryant took a job through a temporary work agency, offering minimal pay but after a few months, decided it was not enough. She saw an untapped market and an opportunity to pursue her life’s dream of owning her own nail salon.  Ms. Bryant  returned to Ft. Lauderdale  and attended The Academy of Beauty and Nail Technology where she earned her certification to be a nail technician.

In 1991 Ms. Bryant opened the first nail salon in Valdosta called Tips & Toes, originally located on the corner of North Ashley St. and College St (now University Plaza). The salon was decorated with handmade stations and furniture decorated in flamingo pink and aqua blue, much like the Floridian homes of that era.  An electrical fire in the building adjacent to her nail salon forced her to move to the Bajalia Building where she continued to run her business for four more years.

After two location changes, Ms. Bryant noticed a change in traffic. This change was not only due to a new location but also the expansion of the nail market in Valdosta. Although she was supported by a large and diverse clientele base, it was not enough to compete with lower prices of the up and coming nail salons. To eliminate the overhead of owning a location,  in 2005 Ms. Bryant decided  to become an independent contractor with Anthony & Company Salon & Spa. Her services are priced strategically for the A+ service that you will receive, and they have not changed since her opening in 1991.

In her private space at Anthony & Company, Ms. Bryant uses products like Star, Tammy Taylor, OPI, and Craig and Nails to perform her form of art in nail care. Her talents are still rich and her comforting spirit is strong. She saw a need, took the opportunity, educated herself and concurred her dreams. She served her time in the workforce, retired and has not stopped living her dream. She is an example to all women, but especially women of color, because she is a living display that you can do anything you put your mind to and that your ideas are significant and can be made real. Ms. Bryant sets the bar for nail care in Valdosta and has done so for twenty plus years.