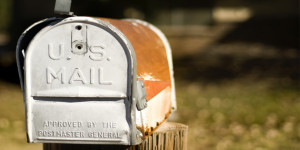 Expanding the Sullivan Literacy Center’s Dear Blazer Buddy Program, 31 children were partnered with airmen stationed at Moody Air Force Base for a special pen pal initiative during the summer. A few of those partnerships continue today.

Dr. Gina M. Doepker, literacy center director, said VSU’s Dear Blazer Buddy Program was developed “to give the children authentic reading and writing experiences that would be meaningful, relevant, and purposeful. Many of the children at the Sullivan Literacy Center are struggling, reluctant readers and struggling, reluctant writers as well. The pen pal program is a … way to get them excited about writing.”

Typically, during fall and spring semesters, Dear Blazer Buddy Program participants are paired with a VSU student, and throughout the semester, the two write fun and motivating letters to each other. The Moody Air Force Base airmen were invited to join the effort over the summer and have expressed an interest in remaining active in the program throughout the school year.

“A few of the children have continued with the correspondence with their Moody Air Force Base pen pal,” Doepker, an associate professor in the James L. and Dorothy H. Dewar College of Education and Human Services, explained, adding that it can be “difficult to maintain the correspondence on both ends given that we are only with the children for 10 weeks during fall and spring semesters and six weeks during the summer semester. The Moody men and women also have schedules that take them out of the country for several months.”

“I am so blessed that … (the Moody airmen) are actively involved with the Sullivan Literacy Center,” Doepker said.

The Ruby R. Sullivan Literacy Center’s mission is to be an integrated system of care for the children and families of Valdosta and surrounding areas with a focus on building children’s literacy skills, motivation, and confidence. The center now serves children in kindergarten through fifth grade, but programs are being developed for prekindergarten, middle school, and high school students.

VSU has had some sort of literacy outreach initiative since 1989.

Hi! My name is Kristi. I was really happy to get your letter. I really like to swim and go to the movies. I really love to read, though. I have never been to Disney World. Is it fun there? What is your favorite thing to do at kindergarten?