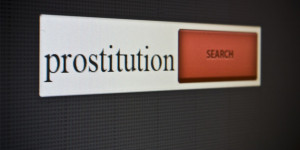 MOULTRIE, GA – A Moultrie woman is out on bond after she was arrested for online prostitution.

The Moultrie Police Department say 27 year old Marlana Nicole Wilcher was taken into custody Wednesday. Wilcher was arrested for running an ad soliciting sex online. Officials say they arrested Wilcher after multiple text messages and emails led to a meeting between Wilcher and the police.

Authorities say this incident is the latest in a recent increase in Internet prostitution throughout Southwest Georgia. According the Sgt. Daniel Lindsay of the Moultrie Police Department, they have seen ads posted online soliciting sex online for Valdosta, Moultrie, and Albany.

Wilcher has been charged with one count of prostitution.