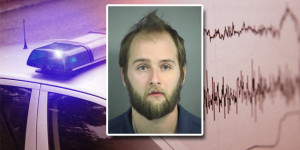 VALDOSTA, GA – On Wednesday, December 11, 32 year old, Jason Day, of Valdosta went to the Valdosta Police Department to file a report that at around 2:00 am near Toombs Street and West Hill Avenue, he had been robbed at gun point, assaulted, and kidnapped (forced to drive around town). Police questioned Day for three hours until the inconsistencies of his stories lead to his arrest. Day finally admitted that he was not telling the truth and that the incident involved an attempted narcotics transaction.

Due to the waste of multiple man hours from detectives and officers of the Valdosta Police Department, Day was arrested and charged with giving a false statement and obstruction of a law enforcement officer. Day was then transported to the Lowndes County Jail.