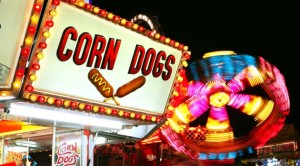 RALEIGH, N.C. – Sheriff’s investigators in Wake County, North Carolina, issued arrest warrants on Wednesday for the owner of the fair ride that injured five people at the North Carolina State Fair last month. Joshua Gene Macaroni, 32, was charged with two counts of felony assault with a deadly weapon inflicting serious injury and one count of felony assault on a juvenile with a deadly weapon inflicting injury in the October 24th accident involving The Vortex fair ride. So far Macaroni is not in custody according to authorities. The Vortex is ran by Family Attractions Amusement Co. in Valdosta, but is owned by Macaroni, the son of the company’s founder.

People close to the investigation have stated that tampering wasn’t malicious, but was a shortcut to make the process of getting people on and off the ride easier. Timothy Dwayne Tutterow, 46, of Quitman was arrested on three counts of assault with a deadly weapon after the incident occurred. Tutterrow is still in the Wake County Detention Center as of Wednesday under a $225,000 bond.