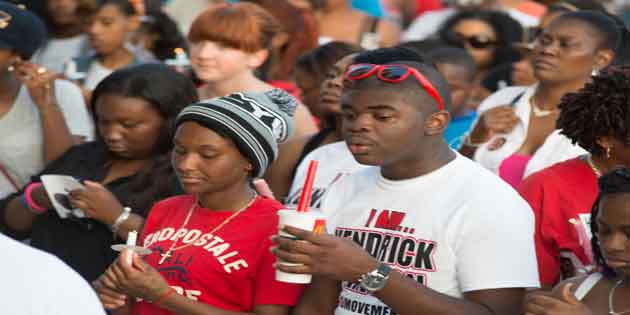 Valdosta, GA- At a rally on Saturday afternoon, the head of the Georgia NAACP called on the US Department of Justice to open a murder investigation into the death of 17-year old Kendrick Johnson.

Hundreds gathered at the county judicial complex on Saturday afternoon, urging the DOJ to take a second look at the case. Results of an independent autopsy released earlier this month refuted the claims of the Lowndes County Sheriff’s Office and GBI, with the forensic pathologist calling the teenager’s death a homicide.

Both local and state authorities say they have no intention of reopening the case- US Attorney Michael Moore is said to be still reviewing the case.