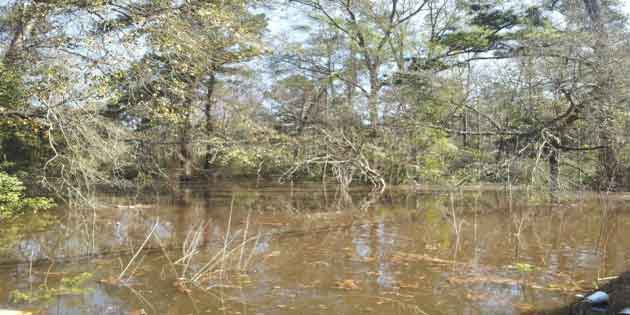 A number of citizens impacted by recent flooding of the Withlacoochie River have filed a lawsuit against the city of Valdosta, alleging that they have failed to properly operate and maintain the sewage system. A group of homeowners in the Meadowbrook subdivision filed the suit late last week in Lowndes County Superior Court.

The residents are asking that the court order the city to “cease all discharges of sewage onto Plaintiffs’ properties and to abate the existing nuisance conditions.” The suit states the flooding and sewage problems began over four years ago in the floods of 2009. According to documents filed with the court, city officials back in 2009 claimed that “The damage and risks will continue unabated if significant mitigation measures are not put in place.” The suit contends that nothing was done or ever put in place to stop the spills.

Another lawsuit could soon follow the one filed last week, this one of a class-action variety on behalf of a number of Florida residents. A Madison law firm said they’ve been working on a suit ‘for some time’ on behalf of businesses and residents in north Florida who have been financially impacted from the sewage spills into the Withlacoochee, which have flowed into north Florida and the Suwanee River.