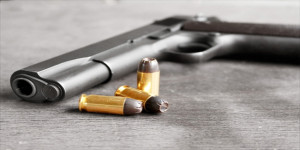 On July 30, 2013, at approximately 10:00 p.m., a Valdosta resident was shot in the lower body by an unknown offender. The victim was outside his residence when someone came up behind him and shot him in the leg.

The victim was transported to South Georgia Medical Center for treatment and it appears that his wound is non- life threatening. Witnesses were interviewed and detectives are currently following up on leads at this time. Ballistics have been collected and will be analyzed by Forensic Specialists at the Valdosta Lowndes Regional Crime Laboratory. The victim’s name is being withheld in this case as the offender (s) are still at large and pose a threat to the victim.

At this time, the possibility of this case being related to the murder on West Gordon Street and the aggravated assault on West Martin Luther King Drive is being investigated but not confirmed.