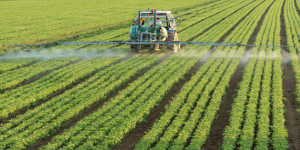 Reaud Sims and Devin Johnson lead the charge of many successes by FFA members of Lowndes County Schools at the recent Georgia FFA Convention. Nine other students won state competitions during the April 25 to 27, 2013, event.

Reaud Sims was named the Georgia Star in Agriscience at the first session of the convention.  Sims, a LHS senior, had developed an agriscience research project over the past three years where he designed, fabricated, and evaluated a desalinator for agricultural production.  The idea for this project began when he was a volunteer at a public garden to grow crops for the needy.

Devin Johnson won the Senior Prepared Public Speaking Competition with a speech entitled, “Vegans on Trial.”  Johnson, a LHS senior, began this journey as a freshman competing in the junior division and found success four years later. She was named winner in the last session of the convention.

Conway McNeil of PGMS won the Junior Wood Fabrication CDE.  McNeil built a table of all maple, completed a detailed recordbook, and was interviewed on his way to this win.

Ben Bennett (LHS) gave the invocation for the convention.  Bennett is the past Georgia FFA President.

A total of 44 students from Lowndes County Schools attended the convention. They were accompanied by parents and agriculture teachers.