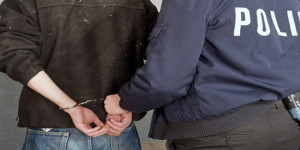 A Tift County man was arrested over the weekend, charged in an October shooting that killed 35-year old Arlester Jackson of Ty Ty. Tift County Sheriff’s Deputies went to a home in Ty Ty on Saturday morning after getting a tip that 33-year old Adrian Golson was inside the house.

When deputies entered, they found Golson hiding in a closet. He is now charged with murder- a woman at the home, 27-year old Mattie Monroe, was also arrested after telling police the 33-year old was not in the home. She is charged with hindering the apprehension of a fugitive.