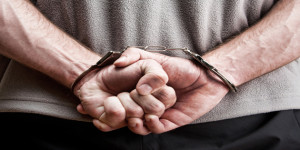 A man wanted in a Ray City kidnapping and rape case has been found near Macon. 42-year old Charles Heard was stopped on I-75 in Monroe County over the weekend after a brief chase.

Heard was allegedly staying with a man and woman at a home in Ray City- around 5 Friday morning, the man, Jeremy Spivey, called police and said Heard had duct-taped his hands together, raped the woman, kidnapped her, and stole her car.

A short time later, police say Heard went to a home in Adel and shot one man, Corby Traylor. The motive for all these crimes is unknown, however, investigators suspect drugs may have been involved.

Heard is charged with rape, kidnapping, false imprisonment, theft by taking, and aggravated assault with a firearm. In Monroe County, Heard is being charged with felony fleeing and attempting to elude, felony obstruction and reckless conduct.