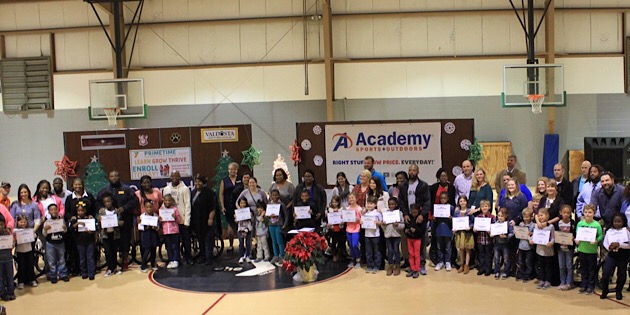 “One in six children who do not read proficiently by 3rd grade struggle to graduate high school on time,” said Valdosta YMCA Childcare Director Jackie McSwords.

During the month of November, YMCA PrimeTime participants participated in Academy Sports + Outdoors Holiday Bike Donation Program. 1st and 2nd Graders competed for a chance to win a new bicycle from Academy Sports + Outdoors. The challenge was to see who could read the most over the course of the month. One boy and one girl from each site was selected based on the amount of time they read.