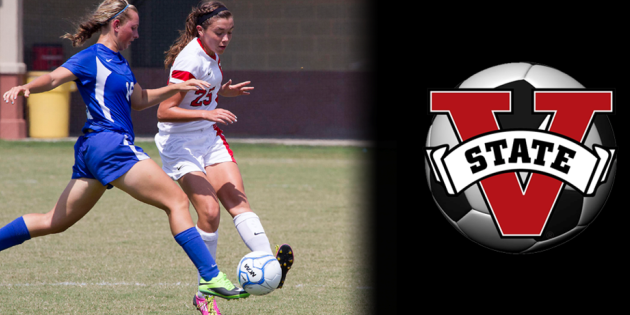 DAHLONEGA, GA — The Valdosta State soccer team put up a gutsy defensive effort against North Georgia in Dahlonega, Ga., but the Nighthawks offensive push proved to be too much to overcome, as UNG defeated the Blazers 2-0 in Friday’s season opener.

North Georgia stayed on the attack throughout the course of the match to frequently test Blazer keeper Olivia Mills with 18 shots, 11 of which were on goal. Mills denied eight shots in the contest, but a successful header by Cicely Taliaferro after one of UNG’s 11 corner kick opportunities gave the Nighthawks a 1-0 lead in the first half.

The Blazers were unable to find their stride offensively on Friday and were held to just three shots. Kayla Robles offered up one shot on goal for Valdosta State in the match, but it was turned away by Nighthawk keeper Mallory Sayre for her lone save of the day.

The Nighthawks second and final goal came at the 58:49 mark in the second period, when Rachel Vanhorn scored on a putback goal after Mills stopped a one versus one opportunity.

The loss dropped Valdosta State to 0-1 to start the 2014 season, while North Georgia opened up a 1-0 record.

The Blazers will return to action next Friday, September 12, when they travel to West Palm Beach, Fla. to face Palm Beach Atlantic. The match is set to begin at 5:00 p.m. EST, and Blazer fans can follow the contest via links available at www.vstateblazers.com.