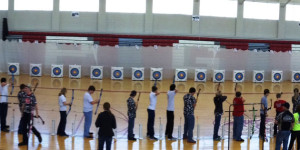 Hahira Middle’s archery team shot a 3,009 to win the overall team title, beating out 15 other schools to qualify for the 8th annual Georgia-NASP State Tournament April 8 at the Georgia National Fairgrounds in Perry.

Schools that did not win their division and an automatic berth to state at the regional tournament can still be selected as a high-scoring wildcard team after the final regional tournament is completed on March 1. Wildcard standings are posted at www.georgiawildlife.com/NASP along with regional, state and national tournament rules, regulations, and more.