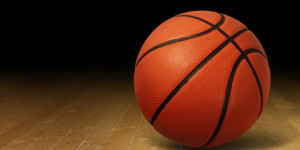 VALDOSTA, GA – The Blazers basketball teams tack on another win after their victory over the University of Alabama-Huntsville on Monday at The Complex.

The Blazers were lead by Collin Cook and David Murray. Cook scored a career high 20 points, made 8-of-11 field goals, 4-of-6 free throws, and 7 rebounds. Murray had his fifth double-double this year with 20 points and 12 rebounds helping VSU to a 82-74 victory. The win over UAH puts the Blazers at 9-1 for the season and 3-1 in the Gulf South Conference.

The Lady Blazers squeezed by the Lady Chargers on Monday night with an 89-81 victory. VSU struggled to gain ground in the first half of the ball game, trailing 16 points at the half, but the Lady Blazers came out swinging to start off the second half with 11 unanswered points followed by a hot streak for the team. The Lady Blazers had four players score 16 points or more in the game. They are now 8-2 for the season and 3-1 in the Gulf South Conference.

Valdosta State basketball will return to action on Thursday as they travel to Florence, Ala. to play North Alabama for a GSC game. The Lady Blazers will tip off at 7:00 p.m. EST and the Blazers at 9:00 p.m. EST.