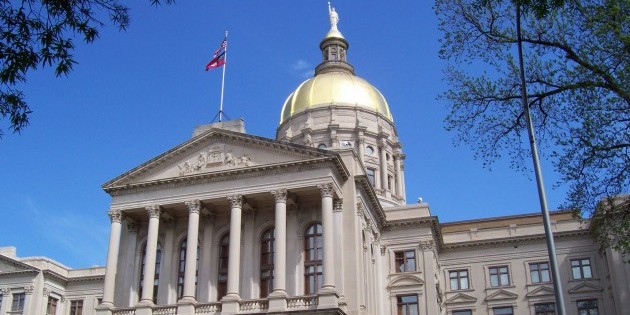 ATLANTA — While Florida debates (and likely passes) on legislation to expand gambling in the state, Georgia is heading in the other direction.

Ron Stephens, Republican from Savannah and Chairman of the House Economic Development and Tourism Committee, has introduced a constitutional amendment to legalize gambling to casinos and horse racing.  The objective of the bill would be to enhance HOPE Scholarship and Pre-K funding.

Stephens suggests the revenue from a single “destination” casino would earn the state more than $250 million a year.  They see the Georgia Lottery as overseeing the approval of up to 6 casinos which would earn over $1 billion annually.

A gaming company who supports the amendment, has suggested the proposal would generate 10,000 construction jobs and another 10,000 permanent jobs.

Coincidentally, the location Stephens sees as a first consideration is Hutchinson Island in Savannah.  He envisions a casino adjacent to the Convention Center on Hutchinson Island, directly across from the Savannah Riverfront.

It’s too late for a vote this session, but Stephens believes the extra time will allow for more debate and consideration in time for January 2016 and the start of a new session.  There’s also bound to be plenty of opposition to this measure, which has been successful in thwarting similar proposals in the past.

Supporters note the location in a major tourist area, like Savannah, means tourists and convention attendees will be the target audience, not the poor.  They also note development of this type actually benefits urban areas through neighborhood rehabilitation.

If passed by the legislature, voters would make the final decision at the ballot box after a 2/3 majority approval.