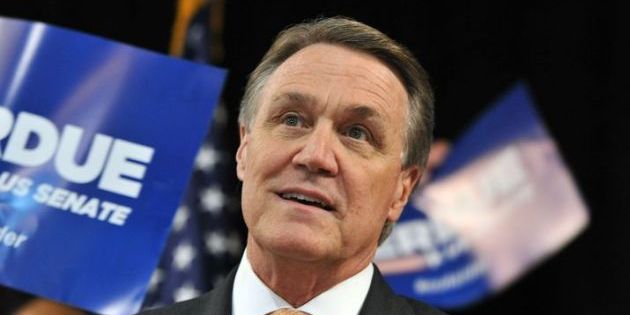 ATLANTA — In a race that many times has lacked a true understanding of candidate positions and experience, U.S. Senate candidate David Perdue has faced questions regarding his business past.  At first glance (or through the ads run by opponent Michelle Nunn) voters may believe Perdue has a past he’d rather not discuss.  Based on comments made to the Atlanta Journal Constitution recently, he’s proud of his business record.

Perdue said Monday he is proud of the outsourcing he has done in his career as a corporate executive, pushing blame for lost jobs back on Washington.

“Defend it? I’m proud of it,” he said in a press stop at The White House restaurant in Buckhead. “This is a part of American business, part of any business. Outsourcing is the procurement of products and services to help your business run. People do that all day.”

Perdue was the former CEO of Pillowtex, a failed textile company, from 2002 to 2003.  Perdue took the position and later discovered the company was in much worse shape financially than he had been originally led to believe. In remarks Monday, he attempted to draw a line between his business decisions and Washington policies.

“I think the issue that people get confused about is the loss of jobs,” he said. “This is because of bad government policies: tax policy, regulation, even compliance requirements. It puts us at a competitive disadvantage with the rest of the world. Even today, right now this administration has policies going on that are decimating industries today.”

Perdue has run as a successful businessman, correctly so, despite Michelle Nunn, Perdue’s Democratic opponent, trying to paint him as a job killer, fairly or not.  Nunn has no business management experience.

“In the [Pillowtex] deposition, David Perdue explains, in his own words, that he would summarize his business experience as mostly spent outsourcing jobs overseas to places like China and Mexico,” said Nunn spokesman Nathan Click. “That’s a far different explanation than what he’s been trying to convince Georgia of during this election and it’s not the kind of experience we need in Washington.”

This month Perdue received the endorsement of a key business group, the National Federation of Independent Business. In remarks made at the endorsement, Perdue put his record at Dollar General squarely up against his opponent’s, who he said had offered no “ideas on how to get people working again in America.”

“We added about 2,200 stores, created almost 20,000 jobs and doubled the value of that company in a very short period of time. Not because of me, but because we listened to our customers and employees,” he said. “We helped families get from pay day to pay day and that was our mission. We got back to that mission and it worked, pure and simple.”

His experience running Dollar General is where Perdue can demonstrate his potential, not Pillowtex. His 9-month stint at the helm of the North Carolina textile firm is the only significant business credit not mentioned in his campaign biography due to the circumstances of his taking the position.

In in interview with The Atlanta Journal-Constitution last year, Perdue referred to his time as head of Pillowtex as “a trying experience.”

The Pillowtex collapse Perdue was left to manage resulting in 7,650 workers losing their jobs in the United States and Canada, about 4,800 in North Carolina alone. At the time, it was the largest single layoff in state history.

“I thought I could help,” he said. “They were some of the best workers I’ve ever worked with. I would have done anything to salvage the situation.”

In the 2005 Pillowtex deposition Nunn has so touted, Perdue was blunt about the company’s need for more outsourcing, in a business context.

“One of the problems this company had was (it was) overburdened with domestic manufacturing capacity,” he said. “And those cost of goods out of those factories were significantly higher than the costs or prices coming in from importers at that time,” he said.

In determining whether he wanted to accept the Pillowtex job, Perdue said he first had to find out if company officials “had the stomach for a turnaround.” Perdue said the company had to be “committed to the implementation of the strategies that were being laid out” to “market the brands, and second, improve cost of goods sold.”  However, despite assuming he understood the company’s condition, things at Pillowtex were even worse than he had been made to realize.

Georgia man takes his own…