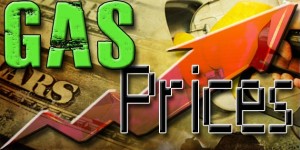 TAMPA, FL – Gas prices are beginning to stabilize after going on a streak of more than 20 days of increases. The average price in Florida, Georgia and Tennessee didn’t increase a cent over the weekend. Weekly gains were also much smaller over the past week compared to previous weeks.

“During the past week, gas price increases slowed until they finally stopped over the weekend,” said Mark Jenkins, spokesman, The Auto Club Group. “It is too soon to know whether we have seen the peak price for the season, but this is a good sign that relief is on the way for motorists at the pump.”

Typical spring fundamentals and geopolitical conflict will strongly dictate how prices move in the coming weeks. Refineries in the Gulf of Mexico that reduced output during maintenance season are returning to full operation. However, any unexpected setbacks could cause prices to rise. Meanwhile, tensions between Russia and the Ukraine continues to place upward pressure on the price of oil. There are concerns that sanctions imposed by Western countries might impact exports from Russia, which would also cause oil prices to spike.