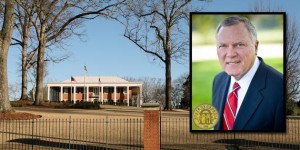 Ben Bentkowski, State Board of Registration for Professional Geologists

Bentkowski has been a practicing geologist for 34 years, serving 27 years in environmental hydrogeology in Atlanta. For the past six years, he has provided technical support for the Superfund Division of the U.S. Environmental Protection Agency’s region 4 office in Atlanta. He has been a longtime member of the Atlanta Geological Society and currently serves as the newsletter editor. Bentkowski earned a bachelor’s degree in Geology from Florida Atlantic University and a master’s degree in Geology from Oklahoma State University. He and his wife, Kathaleen, have two sons and two grandchildren. They reside in Lawrenceville.

Rish has been the headmaster of Citizens Christian Academy for 34 years. He has served on various committees with the Georgia Independent School Association (G.I.S.A.) during his career and received the G.I.S.A. Distinguished Service Award in 2011. Rish earned a bachelor’s degree from Georgia Southern University and a master’s degree from Valdosta State University. He and his wife, Linda, have one daughter and are expecting their first grandchild in June. They reside in Broxton.

Prchal currently works for Vision Source with locations in Albany, Blakely and Camilla. He is a former representative to the Medicaid Advisory Committee and the Medicare Carrier Advisory Committee. He is also past co-chair of the Georgia Optometric Association Political Action Committee, past president of the Georgia Optometric Association, diplomat to the American Board of Optometry and two-time president of the Flint River Habitat for Humanity Board. Prchal is a graduate of the Southern College of Optometry in Memphis. He and his wife, Sue, have two children and one grandchild. They reside in Albany.