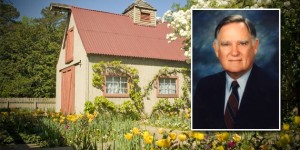 ATLANTA,GA – Gov. Nathan Deal announced Monday that he will proclaim Wednesday, March 19, 2014, as Howard “Bo” Callaway Day in Georgia and he has ordered flags flown at half-staff throughout the state that day.

“Few individuals throughout our history can match the legacy that Bo Callaway left on Georgia politics,” Deal said. “Bo blazed a trail that led to the dramatic growth of the Georgia GOP, which went from virtually nonexistent when he ran for governor to holding every statewide elected office today. Bo stood up for what he believed in even when the odds and the political system were stacked against him. Georgians are all the better for it. Sandra and I send our deepest sympathies to the Callaway family.”

Callaway, one of the founders of Callaway Gardens, was elected in 1964 as the first Republican congressman from Georgia since Reconstruction. He won a plurality of the vote for governor in 1966, but because no one garnered a majority, the election was decided by the Democratic General Assembly, which put Lester Maddox into office. In the 1970s, he served as secretary of the U.S. Army.