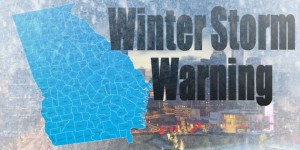 ATLANTA, GA – Gov. Nathan Deal has expanded the state of emergency to from 45 counties to 88.

Deal will expand the order to additional counties as conditions warrant. Some areas are expected to get as much as 1 to 3 inches of snow.