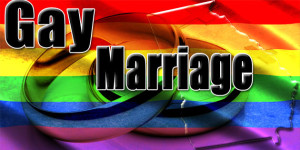 A new effort is underway in the South hoping to build wider acceptance of same-sex marriage. Atlanta Mayor Kasim Reed was among those kicking off the “Southerners for the Freedom to Marry” campaign Monday, saying he believes that gay marriage supporters are on the “right side of history.” The $1 million effort will be focused on field organizing and sharing the stories of gay couples through local community and business events as well as social media in 14 Southern states.

Georgia and the other states either have a constitutional or statutory provision defining marriage as between a man and a woman, and conservative Republicans still hold considerable sway in those states.