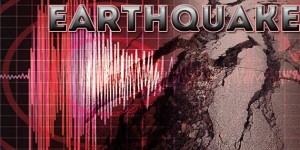 AUGUSTA, GA – An earthquake rattled Northeast Georgia over the weekend.

According to the U.S. Geological Survey, a 4.1 magnitude earthquake struck just north of Augusta, Ga on Friday night just before 10:30 pm.

People from Atlanta to Virginia  have reported feeling the earthquake, but no damage or injuries from the quake have been reported.

Officials say the earthquake looks to have been near the Augusta and Modoc seismic zones, which are part of the Eastern Piedmont fault system.