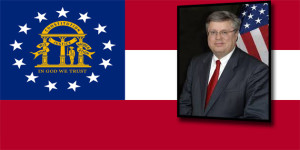 FULTON COUNTY, GA – A Georgia state lawmaker accused of claiming per diem pay and mileage reimbursements for in-state work days for days that he was out of state is set to go to trial today.

Fulton County Superior Court Judge Henry Newkirk will preside over the trial of Sen. Don Balfour. A grand jury indicted the Snellville Republican in September on felony charges of making a false certificate, theft by taking, and one count of false statement and writing. Balfour is accused of illegally claiming legislative expense pay and double-billing the state and his private employer for expenses.

Balfour’s attorneys have said their client made inadvertent mistakes, but didn’t intentionally misappropriate state funds. Balfour has been suspended from the Senate and stripped of all leadership positions.