Home /Latest News/Ga. Lawmakers Cash in on Lobbyist Gifts Before 2014
Share with friends 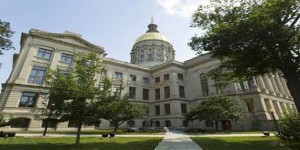 A new law takes effect January 1st that will tighten regulations on gifts received by members of the Georgia General Assembly from lobbyist courting their favor and influence on various proposals. Under the new law, lobbyist will be restricted to giving gifts with a value of now more than $75 to public office holders and banning entertainment gifts.

However, loopholes in the new law present multiple exceptions to the legislation. In the latest round of gift giving, before the restrictions take effect, lawmakers were presented with rounds of golf, Falcons tickets, and Braves tickets from lobbyist. Lawmakers and lobbyist say there was nothing wrong with that spending.