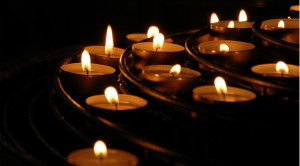 TERRELL COUNTY, GA – Hundreds gathered for a vigil held for Christopher Wright. Wright is the 23 year old mayor of Dawson, Georgia that was shot in his home on November 1st. Authorities say Wright’s mother was tied up at the home when they arrived, and Wright was shot multiple times. Wright became the youngest mayor in the state when he was elected in November. Police do not know if the shooting took place due to Wright’s political position.