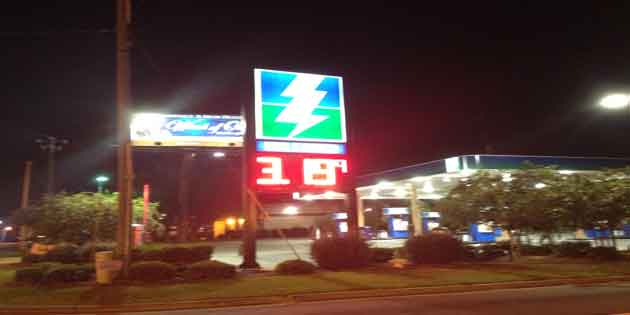 Valdosta, GA- The price of oil continues to fall as the United States and Russia met to discuss convincing Syria to surrender its chemical weapons. The cost for a barrel of oil closed last Friday at $108.21 on the NYMEX – $2.32 less than the week prior.

“The market has settled since President Obama decided against an air strike on Syria,” said Mark Jenkins, AAA spokesman, The Auto Club Group. “Although Syria does not produce oil, there was concern that a U.S. led attack would cause violence to spillover into neighboring oil-producing countries. It appears that is no longer a concern at the moment.”

Meanwhile, gas prices continue their usual September decent. Demand is declining and many refineries are switching to the cheaper winter-blend gasoline. The summer-blend is more expensive, because it contains additives to help it burn more efficiently during the hot summer months. The winter-blend does not require those additives.