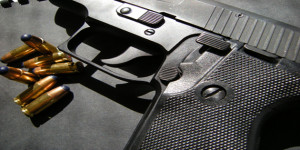 According to the data, 71 percent of Georgia voters, 67 percent of Tennessee voters and 60 percent of Arkansas voters supported expanded background checks. Women were more in favor of the checks than men, to the tune of 81 percent in Georgia.

“Our polling on background checks since last month’s Senate vote has been incredibly consistent,” said PPP President Dean Debnam. PPP surveyed 576 Georgia voters with a margin of error of plus or minus 4.1 percent.