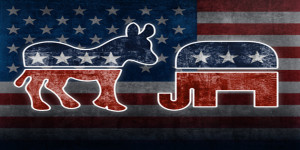 Washington, DC- U.S. Senator Johnny Isakson Tuesday demanded answers from former Internal Revenue Service (IRS) Commissioners Steven Miller and Douglas Shulman at a Senate Finance Committee hearing examining the IRS targeting conservative political groups. Isakson stated that he has heard from many constituents who have lost all confidence in the IRS and in the government as a result of the agency’s actions.

Isakson is a member of the Senate Finance Committee, which oversees the IRS. To view a YouTube video of Isakson’s full remarks at the hearing, click here.

“I’ve heard from Georgians from across the state that they have lost all confidence in the IRS and in the federal government. We need to get to the bottom of what happened at the IRS and find out who knew what, where and when, so that we can restore the American people’s confidence in the IRS,” said Isakson. “The audit clearly shows that there was major wrongdoing at the IRS, and I strongly believe that there should be an internal investigation conducted at the IRS so that the corrupt culture of targeting individuals never happens again.”

Isakson also said that Sarah Ingram, who once oversaw the division at the IRS that processes tax-exempt applications and has now been promoted to head the implementation of Obamacare, should be summoned to testify before the Senate Finance Committee.