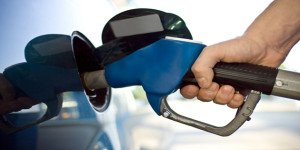 Fuel demand has lagged since the start of the year, causing both OPEC and the Energy Information Administration to cut their global oil demand outlook for the year. This comes at a time when U.S. oil output is at a 20-year high and supplies are plentiful.

“Oil and gas prices will likely continue on this downward trend until stronger economic figures are reported,” said Jessica Brady, AAA spokeswoman, The Auto Club Group. “Although the economic news is less than great, motorists will welcome the falling gas prices as the summer driving season begins.”