As promised, the “committee of lawmakers, business leaders and advocates for local government”, a/k/a the Georgia Transportation Study Committee (TSC), issued its assessment of Georgia’s present and future transportation needs on December 30.

In an epiphanic moment, the TSC learned that “[R]oads, bridges, transit systems and rail lines are critical means of connecting businesses with their customers and employees.” One might have thought such was always the case since Georgia’s been spending anywhere from $2.6 billion (or more) per year on this infrastructure at least since 2010.

In fact, the infrastructure these expenditures serviced have helped make Georgia a leading growth state. Georgia works well for business because of its many material and human resources. It is also a low tax state. CNBC, for example, listed Georgia as the Number One state in the nation within which to do business for 2014. 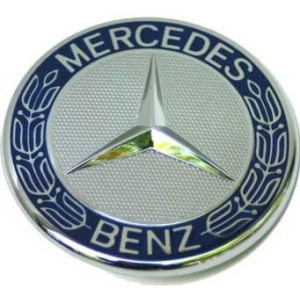 Further proof of Georgia’s top ranking for business was the decision by Mercedes USA to relocate its American operations to Georgia. This cream puff comes with a new 200,000 square foot building and 800 employees. Georgia’s “low-tax environment” is credited for helping bring home the Schinkenspeck.

MUSA’s relocation to Georgia is not insignificant.

Yet with all this positive news about how competitive Georgia is in the states’ own “Race to the Top” for business recruitment, the word is out that there’s a few billion dollars’ shortfall in meeting Georgia’s transportation needs. Indeed, this was the reason given for creation of the TSC; somebody needed to look into the matter.

Which, of course, begs the question as to what, exactly, has the Georgia House and Senate transportation and appropriations committees, as well as GDOT and the governor’s office, been doing all these years? (Study committees are good, by the way, for “plausible deniability” purposes.)

Well, for one thing, they’ve been siphoning off the fourth penny of the gasoline tax and putting it in the state’s general fund. They’ve failed to index the gasoline tax to inflation, a fairly non-controversial move. They’ve failed to recognize that alternative fuel vehicles (bless them all) also use the states 262,000 miles of road lanes and ought to pitch in for their maintenance. They’ve failed to realize that Uncle Sam’s “stimulus money” (Remember the stimulus package? Didn’t think so) might one day run out. And they failed to consider the prospects of a depleted US Highway Trust Fund account.

This doesn’t mean that there’s been a failure in producing one of the finest transportation infrastructures in the nation because Georgia did just that. Maybe, though, not enough thought went into how to keep it there.

Oversight, mistake or mismanagement: it doesn’t take long for the consequences to add up. So, suddenly, Georgia needs billions more dollars for current and long term transportation needs. So as not to lose the opportunities that are inherent in any crisis, the TSC casts this funding shortfall as, well, a crisis.
Once discovering the importance of a sound infrastructure system, the TSC’s epiphenomenal moment came with its recommendation on how to address the perceived present and future funding shortfall: a tax increase. 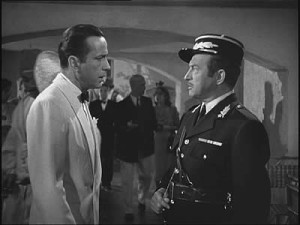 One doesn’t need to be a Claude Raines, the complicit Vichy government commandant in Casa Blanca, who, upon observing the obvious in Rick’s Café, declared that the was “shocked, shocked to find gambling going on in here” as he slipped his winnings into his pocket, to feel the same way about the TSC’s funding conclusion.

The fact is that Georgia hasn’t been landing top flight industries and corporations like MUSA because of a dilapidated infrastructure. The GDOT, legislature and executive leadership have worked together for years to put a transportation system in place that attracts these businesses. And it has worked well for the state.

The legislature, however, would do well to remember that another huge component of businesses wanting to relocate here has to do with its fiscal conservatism including its stance on taxes: keep them low. And it could be that the funding issue may well take care of itself. Stronger state revenues from existing funding streams may well meet any need for any increased infrastructure spending thanks to the drop in oil prices.

On a national level, economists estimate that for every penny energy prices drop an additional $1 billion in household spending is added each year. They figure the drop in prices this last fiscal quarter put nearly $40 billion back in the consumers’ pockets. Georgia, as a growth state, should continue to see its revenue stream strengthen.

Needing more revenue doesn’t necessarily translate into a need to extract yet more money from Georgia’s families with new or increased taxes. A combination of economic growth, examining the demands on our infrastructure and how to reduce those demands along with prioritizing and making existing revenue programs more efficient is the key.

And to continue to lead the nation as a business friendly state, Georgia needs to stick with what got it there: fiscal conservatism and low taxes.

Gary Wisenbaker, B.A., J.D., is a native of South Georgia where he practiced law in Valdosta and Savannah for 31 years. He has served as state Chairman of the Georgia Young Republicans and Chairman of the Chatham County (Savannah) Republican Party. Gary is a past GOP nominee for State Senate, past delegate to the Republican National Convention and has consulted on numerous local Republican campaigns as well as chaired or co-chaired campaigns for President and US Senate on the county and district level. He is the principal and founder of Blackstone, LLC, a corporate communications and public relations concern.