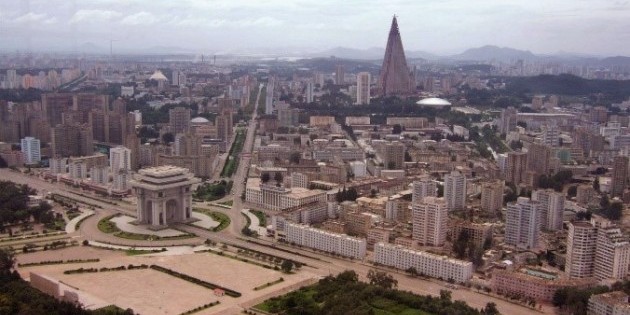 PYONGYANG AND ATLANTA: A TALE OF TWO CITIES

“The world’s greatest and most powerful nation deserves people who exhibit backbone and have the confidence to live by their principles.”

These lofty words, emanating from the USA Today editorial board on Christmas Day, were used to stir a nation to action or, rather, a more principled re-action, to the recent cyberwar guerrilla hacking attack on Sony Pictures.

So swift and severe was the strike from the Guardians of Peace (whoever they are; presumably Pyongyang, North Korea) that a comedy flick produced by Sony, “The Interview”, was yanked from circulation. Just prior to Sony’s announcement, the four largest theatre chains in American announced that they would refrain from screening the film due to security concerns.

Sony Pictures, the eight billion dollar American entertainment subsidiary of Japanese based Sony Corporation, no doubt got the last “hack”, however. Once the dust settled and the cyber-attack was recognized for what is was (not much), Sony took a big gulp of courage, de-caved, and independent chains screened “The Interview” on its scheduled release date, December 25. While the feared Pearl Harbor carnage never materialized at these theaters, record crowds and receipts did.

As is widely known at this juncture, the film involves two hapless television tabloid show hosts who snare an interview with North Korea’s beloved leader, Kim Jong-un. And as they are wont to do, the CIA gets involved to use these pseudo journalists to carry out an assassination attempt on the popular executioner in chief. The humor-challenged North Koreans, however, saw little in the crazy, mixed up high jinx in the script to laugh about. So they launched the attack, many believe, to shut it down.

Americans, however, take their rights–and their sense of humor—seriously. George Washington crossed a river 238 years ago in a war fought to establish a nation founded on those rights with free speech paramount among them. Americans simply do not like anyone or anything telling them what they can or cannot do or see or read. They’re even less receptive to being told what they can believe.

Of course, fascism doesn’t only run rampant in North Korea. The forcible suppression of different or opposite thought happens on American shores as well. Take, for example, Houston Mayor Anise Parker’s recent attempt to subpoena sermons from the pulpits of those who voiced their concerns about the practical application of her policies expanding gay and lesbian rights. Nothing short of there but a clear attempt to silence the opposition. 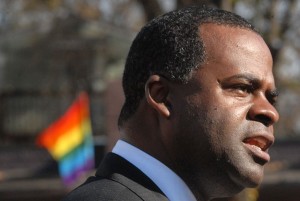 Chief Cochran, a member of Elizabeth Baptist Church, self-published a small faith- based book for the men of his church. The idea behind “Who Told You That You Were Naked?” was to encourage individual spiritual growth by letting go of condemnation. Not too shockingly, Cochran took a stand in favor of traditional marriage and morality.

Getting the point across meant quoting from Scripture, not so unusual for a faith-based work. And part of this meant sharing what Scripture considers harmful, if not sinful, to the human condition: lust and sexual promiscuity as well as perversion, idolatry, hatred, envy, murder, drunkenness and so forth. The Scriptural references were quoted in Cochran’s book.

The church appreciated Cochran’s book and it did reasonably well on Amazon.com getting over 20 four and five star reviews. And then the LBGT waded in, bringing to the attention of Hizzoner that the book exalted traditional marriage, traditional family and traditional morality. Horrors. “And worse than that, the author’s on the public payroll,” they probably huffed.

Rising last month with all the righteous indignation the situation commanded, Mayor Reed, who 8 months earlier announced his intention to marry his pregnant girlfriend (after all, anything goes, right?), courageously announced “I profoundly disagree with and am deeply disturbed by the sentiment expressed in the paperback regarding the LGBT community. I will not tolerate discrimination of any kind within my administration.” (Well, maybe not.)

Reed then practiced intolerance and discrimination by placing Chief Cochran on thirty days unpaid leave, banned distribution of the book on public property and required the Chief to take “sensitivity training” (whatever that is).

This is nothing short of an administrative waterboarding.

And it was done for the sole reason that Chief Cochran is a man of faith and that he dared share that faith. Mayor Reed’s action is contemptible and unacceptable in a city referred to as a “city too busy to hate”.

Reed had an opportunity to exhibit the kind of leadership this nation and Atlanta deserves, a leader with backbone and confidence to stand up for even those with whom he disagrees. And he failed.

In professing to promote tolerance and a nondiscriminatory citizenry, Reed sacrificed one group over another on the altar of political correctness and, in the process, took on the mantle of Pyongyang.

This country, this state and the City of Atlanta deserve better than that.