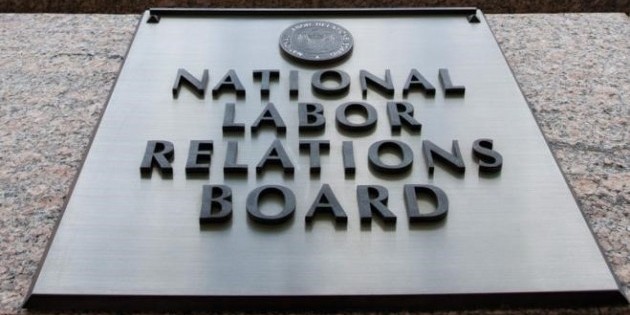 Making good on a warning made in July, the National Labor Relations Board took a breathtaking move late last week to control nearly ten percent of the private output of the U.S. economy. The move came when NLRB General Counsel Richard Griffin announced that he would pursue 78 charges against several McDonald’s franchisees as well as McDonald’s USA, LLC, for alleged national labor law violations.

Charges of this nature are commonplace within the NLRB. The difference here is the entities being charged: the franchisee and the franchisor. Griffin’s declaration back in July 2014 flew in the face of established law when he declared that McDonald’s USA could be held liable along with the franchisees under a “joint employer” theory should charges be filed.

The NLRB has now followed through on that threat.

A common feature of a franchise contract is the sovereignty of the franchisee regarding facility and labor management. The franchisor enhances and protects brand and, perhaps, product quality. In short, they contractually split liabilities and responsibilities.

The NLRB, however, takes the position that since McDonald’s USA makes incentives and resources available to its franchisees it goes beyond “protection of the brand”. And that, Comrade Griffin believes, makes it a “joint employer with its franchisees” and must share liability for labor law violations. In so doing, the NLRB ignores the expressed contractual provisions and the intent of the parties as well as freedom of contract.

It should be noted that the 78 charges sustained by the NLRB represent only 26 percent of the 291 charges ginned up by Fast Food Forward, a group put together by the Service Employees International Union (SEIU) to target and strike McDonald’s stores. Their purpose was to (1) form a union without “intimidation from their employers” and (2) obtain a $15 hourly minimum wage. 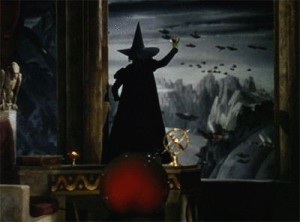 When the McDonald’s franchisees held firm, the accusations took flight. One can almost hear the Wicked Witch of the West cheering her winged monkeys on their flight to snatch Dorothy and Toto.

The involvement of the SEIU is not accidental. This union, made up of nearly 2 million members, was aggressively involved and helped Obama push through Obamacare. And why not: half of the SEIU’s membership is comprised of healthcare workers. A remaining large slice of its membership includes fast food workers. That this union, which successfully assisted the progressive liberals in Washington gain control of 20 percent of the economy through Obamacare, would target another large segment of the US economy certainly comes as no surprise.

The NLRB’s move is huge and has serious ramifications.

It is estimated that there are 3,000 franchise business companies which account for 850,000 businesses operations in the United States. They account for 8.5 million employees, approximately 50 percent of retail sales and generate over $2.1 trillion to the economy. The NLRB’s action would redefine the contractual relationships between the franchisors and franchisees as well as employers and employees in a huge sector of the US economy.

Clearly there’s a monetary advantage here. Including McDonald’s USA (as well as other franchisors in future actions) in the charges for alleged national labor law violations gives the NLRB much deeper pockets for fines and penalties (another form of income redistribution). This could very well be a gift that keeps on giving.

The even greater advantage is to Big Labor. If this move is successful, organizing unions by Fast Food Forward/SEIU would be made vastly easier by allowing them to do so on the “joint employer” franchisor (national) level, rather than on a case by case (franchisee) level. Doubling or tripling the membership of the SEIU cannot be said to be an unintended consequence in the NLRB’s strategy.

It is a dangerous thing to monkey around, winged or not, with the right to enter private contracts, a cornerstone of a free market economy. Without any overriding public policy to the contrary, the courts have protected the rights of private parties to advance their own objectives and enforced contracts that did so. While one cannot contract for slavery or theft or murder, for example, one can certainly contract to define liabilities and responsibilities in the operation of a restaurant. The NLRB seeks to turn this notion on its head.

The power of the NLRB has taken flight and grown steadily under several administrations, both Republican and Democratic. This latest move demonstrates the NLRB’s contempt for entrepreneurism and freedom of contract and with that, an equal contempt of the Constitution.

A creature of the National Recovery Act of 1933, it is time to evaluate the NLRB’s utilitarianism (along with the TVA and Federal Reserve) in the 21st Century. And Congress should do so.

Perhaps one day the NLRB will take its own flight. And not come back.

Gary hosts his own blog at www.garywisenbaker.com and has recently published his first fictional work, “How Great is His Mercy: The Plea”, on Amazon.com