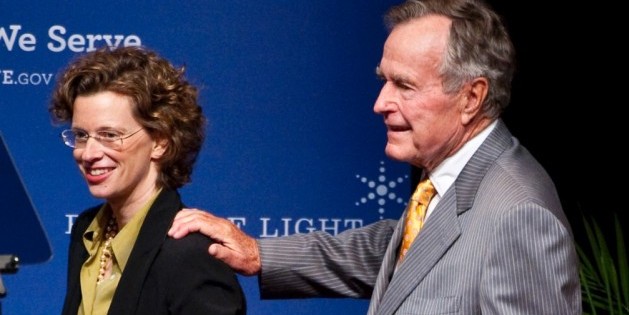 VALDOSTA– The recent wave of “ad-rageouness” comes from Georgia’s United States Senate race, one of the top four or five contests being watched nationwide, the others being North Carolina, Louisiana, Arkansas and Kentucky, depending on the pontificating pundit.

This race pits Republican David Perdue and Democrat Michelle Nunn (or Michelle Nunn-Martin) against each other for an open seat due created by the retirement of Sen. Saxby Chambliss (R-GA). The polls have them in a statistical dead heat.

It seems that Ms. Nunn took offense at a television ad run by Mr. Perdue pointing out that one, she is a supporter of President Obama; two, that she will work closely with him; and, three, that she will support his policies. To underscore this point, the ad included a photograph of Ms. Nunn standing shoulder to shoulder with Barack Obama.

Now, given that Mitt Romney carried Georgia in 2012 by nearly 54% of the vote, one might think Ms. Nunn would complain that her position was misinterpreted. Her consternation, however, revolved around the use of the photo (she was unable to complain about the content as she has admitted voting for Obama, vowing to work closely with him, and approving of his policies).

The photo, Ms. Nunn explained in a response ad, was taken at an event honoring former President George H. W. Bush for whom she worked when she headed his Points of Light Foundation. Mr. Perdue, she says, attacked her because he failed to disclose where the photograph was taken, or something to that effect. Ms. Nunn’s ad then shows a photograph with her and Bush the Elder.

The implication Ms. Nunn is attempting to make is that Mr. Perdue is the purveyor of half-truths since he would not disclose the source of the photo or include a photo of Ms. Nunn and the 41st president in the ad. And in failing to do so, Mr. Perdue is attacking her unfairly. The message: Mr. Perdue cannot be trusted.

What the Nunn campaign fails to disclose in the response ad is that her picture with the elder Bush does not change her liberal stripes. She voted for Obama. She pledges to work closely with him. She will support his policies. Even taking and broadcasting a picture of Ms. Nunn with Rush Limbaugh isn’t going to change that fact.

But more pernicious and duplicitous about Ms. Nunn’s response ad is that she ran a photo of herself and former president George H. W. Bush against the wishes of the former president.

According to Jim McGrath, spokesman for Pres. Bush in an email to Fox News, “Michelle and her team have been clearly, repeatedly, and consistently told that President Bush did not want them to use his photo as part of their campaign. Apparently, the Nunn team feels they can repeatedly disregard the former president’s wishes, which is very disappointing because it’s so disrespectful.”

And indeed it is. But there’s more.

Team Nunn is fond of running ads taking Mr. Perdue to task over the issue of outsourcing jobs. They base the attack on comments he made in a 2005 deposition. They claim he cared more about placing American jobs on foreign soil than creating them here at home.  (Ed:  See Valdosta Today story HERE)

But suppose there’s a widget maker that wants to concentrate on product and sales. Rather than have an in-house maintenance unit, that service is contracted out to a company across town that specializes in maintenance. That’s outsourcing.
Suppose, further, that the supplies for a component of the widget aren’t readily available in America but can be produced quickly and cheaply in another country. Rather than reinvent the wheel, the widget company outsources that component.

Because they do that, the company is able to hire more workers here at home. That’s also outsourcing.

In other words, outsourcing often results in net employment gains. Mr. Perdue understands this and has made it happen. Certainly it would be a concept difficult for Ms. Nunn, a community organizer and someone who has never created a private sector job, to grasp.

To cover her lack of knowledge regarding the real world, Ms. Nunn trotted out Roy Richards, son of the founder of power cable manufacturer Southwire, in a television ad to condemn Mr. Perdue for outsourcing. Mr. Richards just didn’t understand how Mr. Perdue could be “proud” to have sent jobs overseas.

Problem is, that’s exactly what Mr. Richards and Southwire have done at least six times since 2000. But even then, they managed to create jobs in Georgia, and received an award for that job creation.