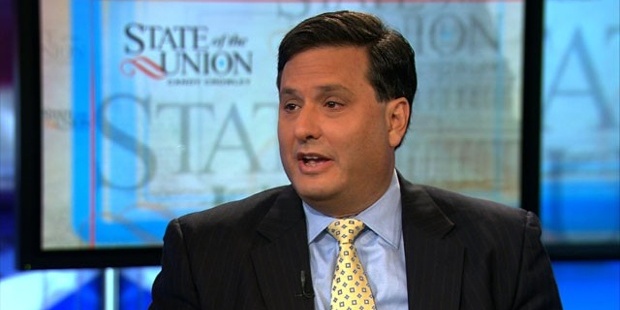 The job description reads thusly: “The official’s work will focus on making sure that the US efforts to protect the American people by detecting, isolating and treating Ebola patients in this country are properly integrated but do not detract from the aggressive commitment to stopping Ebola in West Africa.”

But, no, this job description is for a new office.

Meet Ron Klain, key member of the team that prepared Barack Obama for the presidential debates and former chief of staff for Joe Biden. He presently serves as general counsel to Revolution, an investment house, and as president of Case Holdings, former AOL chairman Steve Case’s holding company.

Who wants a rear admiral with a medical background and a clear grasp of chain-of-command issues that comes with serving in the military handling this Ebola mess when you can always have someone with Mr. Klain’s qualifications?

Consider the Office of the Surgeon General of the United States. The lead division of the OSG is charged with providing advice and support to the SG on issues relating to public health, public health practice and related policies. The Division of Science and Communications plans and develops “calls to action” and provides advice to the SG on science, data and evidence pertaining to public health priorities. There are three more but these two have instant applicability.

Sounds like all the elements necessary to deal with this tragedy were already in place long before Thomas Eric Duncan boarded his plan in Liberia and flew to the United States. Calling the Ebola situation in the US right now a “public health priority” would be an understatement.

As tragic as these deaths are, they become even more so when the question is raised about the apparent AWOL status of the OSG. Why the Obama Administration didn’t immediately turn to this resource for an action plan for containing the virus at home and abroad is baffling. There are experts sitting over there at 200 Independence Avenue, use them.

A television commentator made the remark recently that it’s as if no one in Washington wants to—or can—do their jobs so when something comes up that fits their expertise or raison d’etre, they punt to a czar. Or maybe this kind of delegation provides extra insulation from accepting responsibility, “plausible deniability” one might say, a hallmark of this Administration.

But you see, the Obama Administration has left the office vacant since 2013. Obama’s nominee, Vivek Murthy, of the Harvard Medical School, cannot get confirmed because of his views on gun violence and public health issues. Rather than work with Congress and get this important post filled, the Obama Administration chooses to stick with its political agenda by sticking with this nominee who even some Democrats in the United States Senate will not support.

Surely Ebola has been on the radar screen since 2013 and the potential for what we are experiencing right now was at least a possibility, if not a probability. The nominee should have been (and should be) pulled, an acceptable candidate put forward, and the position filled.

In the meantime, thumbs are twiddled. The Center for Disease Control goes the way of Katrina-era FEMA. A position, the importance of which comes to light only sporadically, remains vacant due to political vanity. A vast governmental resource is wasted or, at best, under-utilized. And news of a potential growth in the number of those testing positive for Ebola threatens to grow.

And the best this Administration can do is produce Ron Klain as the answer.

Then again, unlike the days of JFK, seeking out “the best and the brightest” is something this Administration will never be convicted of.

Gary Wisenbaker, B.A., J.D. is a native of South Georgia where he practiced law in Valdosta and Savannah for 31 years. He has served as state Chairman of the Georgia Young Republicans and Chairman of the Chatham County (Savannah) Republican Party. Gary is a past GOP nominee for State Senate, past delegate to the Republican National Convention and has chaired or co-chaired numerous Republican campaigns for President, US Senate on the county and district level as well as local campaigns.  Gary hosts his own blog at www.garywisenbaker.com