Home /Latest News/Polls and Elections: Let Us Count the Ways!
Share with friends

A recent New York Times/CBS News/YouGOV Battleground Tracker poll released on September 7 confirms what most other credible polls had to say about the United States Senate race in Georgia between David Perdue and Michelle Nunn-Martin: Perdue leads. And in this particular poll, that lead is 47% to 41% (with “leaners” added to both). The Libertarian candidate, Amanda Swafford, pulls 3% and undecideds stand at 9%.

The political guru discussion about this poll centers on an undercount of the black vote in the poll. And for good reason. If, as some have suggested, the poll assumes a black turnout of 25%, then it could overstate Perdue’s lead, perhaps by as much as 5%.

In 2008, President Obama’s first election year, the Georgia black voter turnout was around 30%; in 2012, his reelection year, it topped out at 33%. In the latter year, however, GOP candidate Mitt Romney still captured nearly 53.5% of the vote statewide. Black turnout dropped in the 2010 cycle when Obama was not on the ballot. And Obama will not be on the 2014 ballot, either.

These points seem to have been overlooked by the amateur psephologists (election result bean counters) an interesting breed to hang around from time to time. Perhaps the feeling is that black turnout will still be strong without Obama on the ballot.

And there’s 5 reasons to lean that way. Of the 7 statewide constitutional officers up for election in Georgia this year, 5 of them are contested by black female Democrats: Lt. Governor (Connie Stokes), Secretary of State (Doreen Carter), State School Superintendent (Valerie Wilson), State Insurance Commissioner (Liz Johnson) and Labor Commissioner (Robin Shipp). Conventional wisdom has it that blacks vote overwhelmingly Democratic and black females constitute the bulk of the black vote. Hence, hope.

They are all challenging, for the most part, popular GOP incumbents (save for the Superintendent race) and are, for the most part, generally underfunded. But they will still have significant draw power in the heavily Democratic stronghold of DeKalb County, where the majority of these challengers cut their political teeth. And DeKalb recently announced that it will allow for voting on Sunday, October 26, in an effort to keep the black vote percentage at 2012 levels or at least at those of 2010. Now that’s something to sink your teeth into.

But will it be enough?

The fact is that the Democrat ballot is headed by two political novices (okay, Jason Carter is a state senator but so was his grandfather, Jimmy Carter, and look what that got us). They depend heavily on their “political dynasty” names but, hey, this isn’t 1972, it’s 2014 and a lot of voters who voted for the dynasty founders 42 years ago are simply not around. Sam who?

Additionally, the May 20 General Primary saw 605,355 Republican voters choosing among seven GOP candidates while the Democratic side had only 328,710 voters winnowing through four prospective nominees. (Note: Not a very promising start to turning a Red State to a Blue State). These are hard numbers, not theoretical ones.

The proof will be on election day(s) October 13 through October 31 and then on November 4. And the fun may not end there: any runoff for governor or other state office will be in December. The better news is that the run off for United States Senate will be January 6. So we have that to look forward to in 2015.

And get ready for more polls. 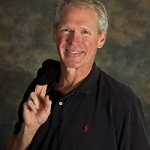